Events and Projects that will boost New Zealand’s economy 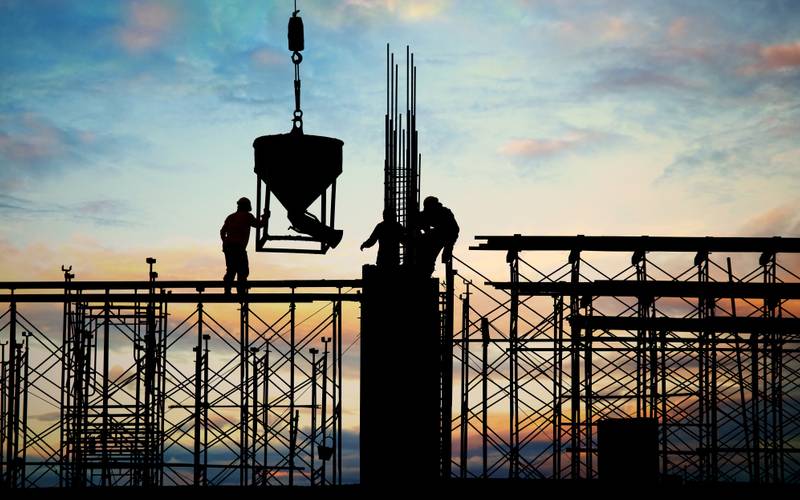 New Zealand has managed to contain the spread of COVID-19 and although the effects of the pandemic and the strict measures have presented enormous challenges, the Government is looking to support the growth of the economy through different strategies with the aim to protect existing jobs, generate new work opportunities, and create the conditions for a return to sustainable job growth.

The country entered the pandemic with a relatively low unemployment rate. In March 2020, the official unemployment rate was 4.2% but this quickly rose to 5.3% by September 2020. However, after an effective and efficient response to the virus, that figure dropped to 4.9% by December and the trend is continuing down, proving the country is back on track with a strong labour market heading into 2021.

New Zealand’s fast recovery from COVID-19, in combination with an overall improvement in economic activity, is bringing huge benefits to the country. Thousands of New Zealanders who have developed skills and networks overseas are returning home and bringing their international experience into local markets while maintaining connections with the rest of the world. The country is also expected to drive stronger business investments and expand employment opportunities with approved events and infrastructure projects designed to raise revenue.

The Government has injected unprecedented funds into events and projects to stimulate the economy and help the country recover from the pandemic. Their strategy seeks to stimulate particular industries and will allow employers, who need specific professionals to work on these events or projects, to request border exemptions for those employees who will be deemed, critical workers. Not only will this boost the economy and create jobs, it’s an exceptional opportunity for skilled workers to obtain pathways to immigration.

This investment, mostly concentrated in sports events ($265 million Sport NZ Recovery Package investment) and transport and infrastructure projects (selected for their estimated value above $100 million), will bring development, increase domestic tourism, and build New Zealand’s reputation as an attractive destination to live, work, and invest in. Combined with New Zealand’s secure and thriving economic environment and its continuous creation of conditions to enhance the quality of people’s lives, New Zealand remains one of the most sought-after countries to live and work in.

If you are looking for an opportunity to build a business, establish partnerships, work for a top company, or invest in major New Zealand projects, you can find all the biggest projects and events in the coming years here:

The premier men’s softball event in the world will be held at ELE Rosedale Park in Auckland for the second time in nine years and will welcome the top players from the best 12 teams in the world which will compete for the title of the World Champion.

The twelfth edition of the Women’s Cricket World Cup will be held in New Zealand across six host cities: Auckland, Tauranga, Hamilton, Wellington, Christchurch, and Dunedin.

The competition will be the first of two major cricket tournaments across the globe in 2022 (the other being the Commonwealth Games in England) and will welcome eight of the world’s best cricket nations, broadcast live to a global audience.

As part of the $265 million Sport Recovery Package, the government has designated a $2 million package to upgrade venue facilities to ensure they are appropriate for female athletes. The investment will not only cover the match venues and training grounds for the Cricket World Cup, it will also include upgrades for the Rugby World Cup 2021 and the FIFA Women’s World Cup 2023.

Auckland and Whangarei will host this tournament, which will be the ninth women’s Rugby World Cup and the first to be held in the southern hemisphere. This edition of the cup will also be the second tournament held outside of Europe.

The Cup will be the fourth and the most significant FIFA tournament New Zealand has ever hosted, after the FIFA U17 World Cup 1999, the inaugural FIFA U17 Women’s World Cup 2008, and the FIFA U20 World Cup 2015.

The New Zealand Government has set aside up to $25 million to co-host this competition, considered to be the largest women’s sport event in the world.

The international yacht race will come to Auckland during its next edition. The 50th anniversary of the race, held every three or four years since 1973, is scheduled to start from its home port in Alicante, Spain, stop off at Auckland and finish in Genoa, Italy in the summer of 2023.

This will be the 12th time the event has returned to Auckland. The race will also stop at Cape Town, South Africa; Itajaí, Brazil; Aarhus, Denmark; The Hague in The Netherlands and Cabo Verde, which will be the first West African stop in the history of the competition.

Auckland has obtained a reputation as a world-class sailing destination, especially after the $6 billion local and central government investment in the transformation of the city centre and the construction of a new waterfront precinct.

1. Redevelopment of Scott Base Antarctica

New Zealand is redeveloping Scott Base, the hub for scientists established in 1957 in Antarctica to carry out some of the most important research in the world. The existing base, made up of 12 separate buildings, will be replaced by three large interconnected and fully self-sufficient buildings that will include 100 beds, science labs, meeting spaces, a cafeteria and pub, and a hangar for two helicopters.

The project, which aims to provide a safe, fit-for-purpose, environmentally sustainable scientific research, is expected to cost $250 million and be completed by 2030. Along with important scientific research, the project will also generate hundreds of jobs in roles such as cargo handlers, carpenters, chefs, communications operators, electricians, field support, field trainers, mechanics, power engineers, technical support, telecommunications technicians, and water engineers, among others.

The proposed plan is to pre-construct all buildings in a New Zealand port and ship them to Antarctica on a large heavy transport vessel in modular sections, due to the extreme and challenging environment in Antarctica.

A master plan set to be implemented over the next 20 years, has been proposed to meet the needs of travellers and airlines by providing greater access to Wellington, the surrounding region and New Zealand in general.

By 2040 the airport is expected to double its economic contribution to the region from $2.3 to $4.3 billion per year and facilitate more than 22,000 jobs.

A new road will be built over the Ruahine Range, to provide a safe, resilient, and efficient route between Woodville and Ashhurst. The new highway, which is due for completion by the end of 2024, will be 11.5km with two lanes in each direction with a 100km/h speed limit. Six bridges will be built along the highway, with two of them spanning approximately 300 metres in length and approximately 2 million trees and plants will be planted in the project area.

The project will cost about $620 million and is expected to employ close to 5,000 people over its duration, with up to 350 people working on the project at any one time. Expected roles for the project include administrators, labourers, site team supervision, machine operators, carpenters, apprentices, and landscapers.

KiwiRail, the largest rail transport operator in New Zealand, is progressing plans with Wellington and Marlborough ports to replace the current fleet of three ferries with two new, large rail-enabled ferries that are expected to be in operation by 2024.

At 220 metres long, the new ships will be significantly larger than the current ferries and are designed to contribute to carbon emission reduction targets. The increased size of the ferries will allow for greater transport capacity of people (from 650 to 1,910 passengers), cars (from 240 to 652) and will now take rail and truck freight. Other construction includes the new wharf which will be 280 metres long, as well as a new seawall and new jetties.

With an investment of approximately $1 billion, the project will transform the current infrastructure and is expected to generate significant tourism, economic and environmental benefits for the whole of New Zealand.

The SH1 Whangārei to Port Marsden Highway project is an upgraded 22km four-lane corridor that will improve transport connections between Auckland and Whangārei. Two of the four lanes will be for general traffic and one lane in each direction will be prioritised for public transport, freight or multiple occupancy private vehicles.

The project has an estimated cost of $692 million and is expected to be completed by 2028. The project is part of a wider programme to improve safety, access, and reliability between Whangārei and Auckland with a total investment of $6.8 billion.

The Metro Sports Facility will be the largest aquatic and indoor recreation and leisure venue of its kind in New Zealand, accessible to people of all ages and abilities. At over 30,000m2, the complex will be equipped with a 50 metre and 10-lane competition swimming pool, a separate diving pool, large aquatic leisure area, five hydro slides, fitness spaces and nine indoor courts for sports such as netball, volleyball and basketball.

The $301 million project is set to open in 2022 to cater to the needs of the recreational, educational and high-performance sporting communities and to host local, national and international events.

Since 2007, improvements have been made to the Taranaki Base Hospitaland Stage 2 of the redevelopment is moving ahead with the construction of the new East Wing Building, a 20,000m2, six-story building, expected to be completed by 2023. The new East Wing Building will include an Emergency Department, Radiology, Laboratory, Maternity services, Neonatal, and Intensive Care Unit, incorporating a High Dependency Unit and Coronary Care Unit.

The project has an investment of $300 million and will potentially include the construction of a new Renal Building, Energy Centre, Computer Room and an upgrade to critical site-wide infrastructure to improve the resilience of the hospital campus.

The Takitimu North Link project will connect Tauranga and Ōmokoroa with a new 14km four-lane corridor, a divided expressway with public transport and a shared path for walking and cycling. The project is part of the Government’s New Zealand Upgrade Programme, which is a $6.8 billion investment to get “cities moving”, save lives and boost productivity in growth areas.

The project, with an estimated cost of $933 million, will be constructed in two phases, beginning in late 2021and finishing the first phase by 2026 and the second phase by 2028.

For more information about the approved events and projects, check the full list of approved here.

Subscribe
PrevPreviousTop 4 lifestyle reasons to invest in New Zealand
NextSplit families – When will it end?Next